Wolverines are fierce animals. They have strong, sharp teeth and semi-retractable claws that they use for digging, climbing and scaring away predators.

The wolverine (Gulo gulo) has tiny eyes and short round ears that offset a small round face. Its thick head, neck and shoulders are insulated with muscles that are covered in a brown coat with two adjacent yellow stripes. Despite how beautiful their sleek fur looks, you shouldn’t get too close. Wolverines are fierce animals. They have strong, sharp teeth and semi-retractable claws that they use for digging, climbing and scaring away predators.

They live in dens made out of snow tunnels, rocks and boulders and can be found in remote forests and tundra. They are constantly on the move, looking for their next meal. When more food is available, wolverines don’t have to walk as far. On average, the males have a home range of approximately 1,000 square kilometers, while females stay within 100 square kilometers. Although sometimes this species will eat berries and plants, they usually go after meat — everything as small as mice and rabbits to as big as moose and caribou. When they hunt, they climb trees or tall rocks and boulders from which they jump onto their prey’s backs. If the wolverine can’t finish all the food, it sprays it with musk, like a skunk, and buries it for later.

Wolverines are private animals. They are usually only seen near others of its kind when mating, or when mothers are caring for their young. Females usually give birth once a year and have two to three babies in late winter. The young kits remain with their mother for two years. 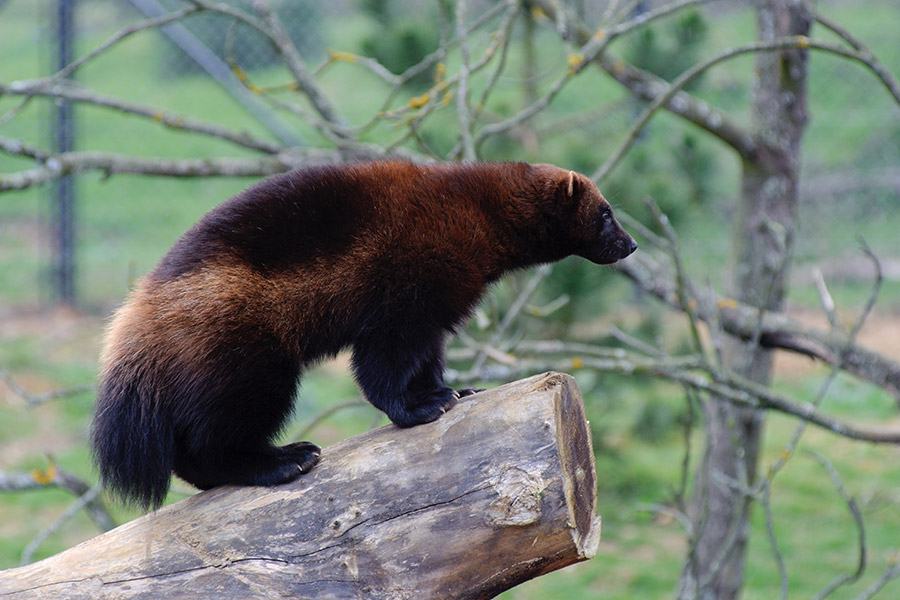 Species to Hunt in BC

In late summer and autumn, bighorn sheep have a brown coat with a contrasting ivory-white rump patch, a white muzzle and white trim on the

Mountain goats have the thickest and longest pelage of any North American ungulate aside from the muskox. Despite its name a mountain goat (Oreamnos americanus)

Moose are herbivores that need to eat up to 20 kg of vegetation a day to fuel their nearly 10,000 calorie diets. In North America,

Bison can weigh more than a ton and stand up to 2 meters tall. Bison (Bison bison), also known as buffalo, are very large animals

Dall’s sheep live in parts of the Yukon, Northwest Territories and the extreme northwestern corner of BC. Clinging to sheer rock faces or sedately grazing

The Stone sheep is somewhat larger and chunkier than the Dall’s sheep, with a larger and relatively wider skull, and heavier, darker-colored horns. A mature

This huge animal has very long legs, a large hump on its shoulders, and massive palmate antlers. The Shiras moose (Alces alces shirasi) has the

Mule deer are brownish-gray in color, have a white rump patch, and a small white tail with a black tip. Mule deer (Odocoileus hemionus) are

Black bears can be distinguished from grizzlies by their facial profiles, shoulders, smaller size and shorter claws. Black bears (Ursus americanus) are the most widely

Roosevelt elk meat is leaner and higher in protein than both chicken and beef. Of the four subspecies of elk found in North America, two

The largest sized antlers are usually produced when bulls are 10 – 12 years old, but bulls can reach trophy size as young as 6

Other Species to Hunt in BC

Wolverines are fierce animals. They have strong, sharp teeth and semi-retractable claws that they use for digging, climbing and scaring away predators. The wolverine (Gulo

Wolves are voracious carnivores and in some cases, have shown to drastically reduce ungulate populations. The gray wolf (Canis lupus), also known as the timber

A lynx’s diet is primarily made up of snowshoe hare, but it will also consume squirrels, grouse and other rodents. The range of Canada lynx