"One of the best things about feeding my kids wild game is knowing where it came from."

"To see the amount of women get involved and want to get out in the outdoors, provide for their families…It’s very exciting." 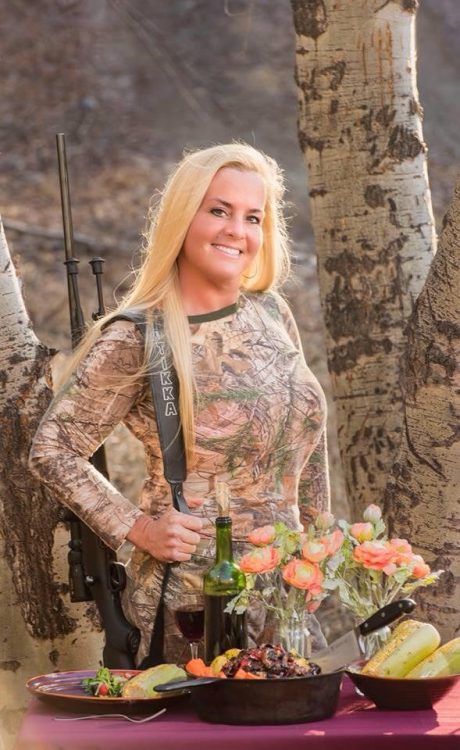 One of the rules in my house is anything that we take, we have to eat.  So if you're going to shoot a squirrel, you're eating squirrel for dinner.

Tammy is a wild game and seafood chef, author, and international huntress.  When her husband of 18 years was killed in a workplace accident, she was left with their five children and a sixth on the way.  It was then that she began to hunt to feed her family – and her love of wild game cooking blossomed.

She competed in Master Chef Canada, finishing in the top ten before publishing her first recipe collection, The Venison Cookbook.  She’s a contributor to the food editorial in BC Outdoors Magazine, is a Pro Staffer for Cabela’s Canada, and is an ambassador for Browning Firearms.  Her TV show, Sossy Outdoors, began airing on the Canadian Sportsmen Channel in January 2020.  She loves welcoming newcomers, youth and women to the outdoor lifestyle and participates on the board of SCI West Coast, and presents on sportsman show stages across BC and beyond.