It is estimated that there are only 16,000 caribou in the province today, congregated in 54 herds, residing in one of three ecotypes: boreal, southern mountain, and northern mountain caribou. All six of the boreal herds and 23 of the southern mountain herds are decreasing with many facing extirpation. Of the herds in BC, 14 have fewer than 25 animals.

One of the main threat to most caribou populations is a high rate of predation by wolves, bears (black and grizzly), wolverine, and cougars that is out of balance from the natural cycle (predator type and number vary by herd area). This can happen when natural events (forest fires) and human activity (such as logging) convert large areas of mature forests to young forest landscapes. These young, open forests provide ideal foods for deer, elk, and moose. These ungulate species are the primary prey of wolves and cougar. As these primary prey species move into caribou habitat, they are followed by wolves, which then hunt the caribou as a secondary prey. 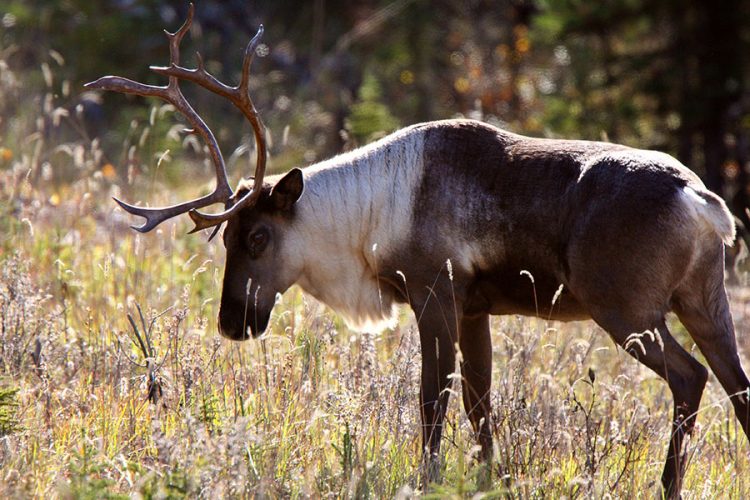